The rise of the TikTok tour guide 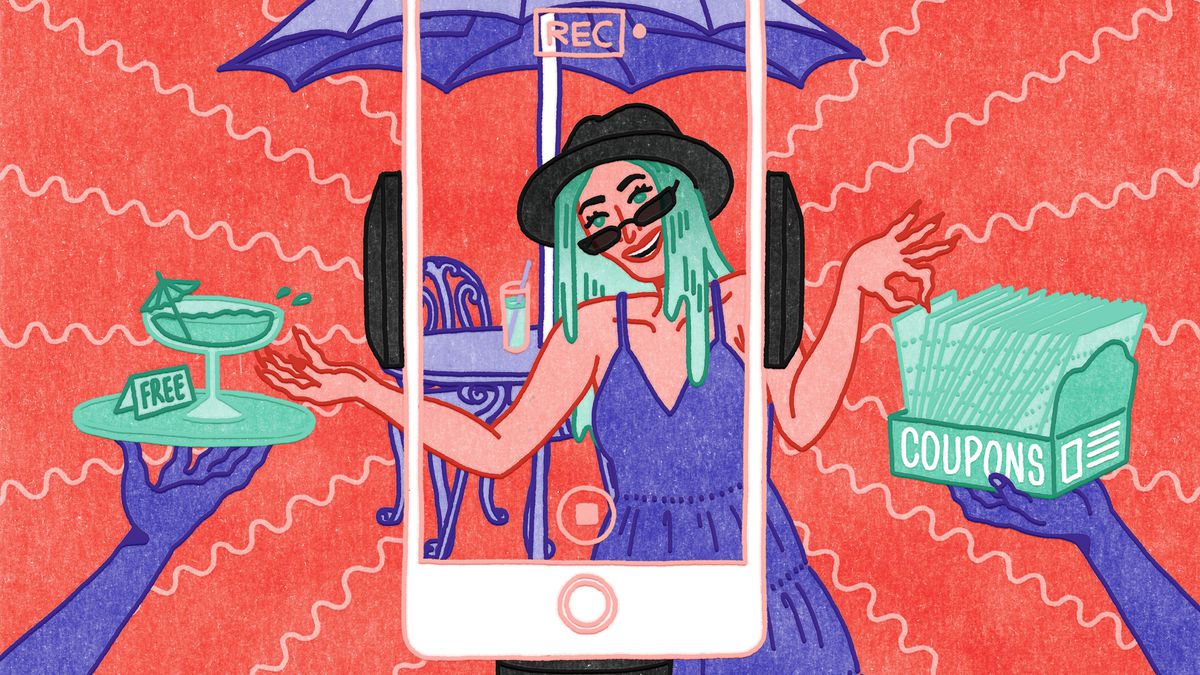 One of Jack Gillespie’s most popular TikToks is a speedy tour through Selfie Wrld, a photo studio in Chicago where visitors can take pictures of themselves on a golden throne, in a bathtub-shaped ball pit, or in a bright yellow jail cell. Scroll through Gillespie’s TikTok page, and you can find plenty of other novelties to check out around Chicago — salt therapy caves, axe throwing, transit-themed ice cream, Hot Cheetos burgers — without having to read a single Yelp review.

TikTok tour guides like Gillespie now seem to exist in every major city, introducing viewers to trendy new shops and restaurants, often in a minute or less. You can get recommendations for soju margaritas in Manhattan, crystal shops in Los Angeles, or burgers in Boston. These accounts can be great ways to learn about new locations and a boon for local businesses that suddenly see lines out the door. But they also come with hidden limitations, with influencers gravitating toward newer, hipper businesses — and often ones that are willing to compensate them for the chance to go viral.

“I want people to see the city the way I see it,” says Gillespie, whose TikTok account @visualsbyjack has collected more than 300,000 followers. “There’s something really special about our city, and you’ve really got to just look around and experience it for yourself to see that.”

A viral video from a TikToker can have an almost immediate impact on the business it features. A TikTok Gillespie posted from the Museum of Illusions in Chicago got over 2 million views, and, within the next week, guests who said they heard about the museum through TikTok rose by 21 percent, according to Stacy Stec, the museum’s communications director.

“The fact that with TikTok, you’re able to have influencers come in for free and get that kind of reach, is incredible,” Stec says. Stec arranged for Gillespie and his friends to visit in February, after he initially reached out. “And we got that without really spending a dime.”

Influencers like Gillespie can often arrange to have their food or ticket compensated by agreeing to post a TikTok to their account. These exchanges are informal — no one signs a contract, and usually, businesses or influencers themselves arrange this over Instagram DMs. When Gillespie first moved to Chicago, he and his roommates didn’t pay for a meal for two weeks because Gillespie was always able to find a restaurant that would cover the cost.

“If a video of mine goes viral, I’ll have several hundred DMs the next day from businesses and restaurants,” Gillespie says.

The process of finding new businesses to feature can be expensive and tedious for influencers, so some choose to only feature businesses that compensate them through free meals or services. “People will say, ‘Go to a family-owned restaurant,’ and honestly the reason I don’t is that those aren’t the restaurants reaching out to me and I do have a pretty busy schedule,” says Danielle Heath, a Boston-based TikToker with over 25,000 followers. “So I’m going to prioritize the restaurants that show interest in me.”

Creators also choose to show specific parts of their city in order to cater to a specific audience. Sarah Hodgson, a New York City-based TikToker, says she’s specifically trying to curate experiences for people who are visiting the city or just moved to the city. “I’m not trying to pretend to know about the bodega in an obscure place in New York,” Hodgson says. “I’m not pretending to be that person, and I’m definitely not that person because I’m not a native and I make that very clear.”

The guides with the largest followings on TikTok are usually young and white, and their videos tend to focus on businesses that fit their tastes. This means that trendier businesses like Catbird in New York City, a jewelry store where you can get a bracelet permanently attached to your wrist, are more likely to be highlighted on these accounts and have a greater chance of going viral. Businesses that cater to ethnic groups, or don’t have the money for marketing teams, are unlikely to be featured on these pages. For Hodgson, this is an intentional move — her videos are supposed to show off parts of New York that people who are visiting can easily recognize from shows like Gossip Girl and Sex in the City, which is why she sticks to Manhattan.

“I cater it specifically towards people who are either tourists traveling here or who just moved here,‘’ Hodgson says. “So if you’re not part of my target audience, you’re definitely going to have some things to say about my videos.”

Sometimes, businesses aren’t aware that a creator like Hodgson has visited until a customer shows them that a TikTok featuring their business has gained millions of views. These views, and the increased customers they bring, don’t always translate into profit.

Robby Gordon, the founder of the Hollywood Sculpture Garden, saw that more young people were coming to his outdoor garden, which is free to the public, when he reopened earlier this year. For Gordon, who relies on sculpture sales and donations to fund his business, the increase in visitors didn’t help him sell anything.

“TikTok brought a lot of very enthusiastic young people to the garden because during COVID there was no other place to go,” Gordon says. “I was happy that they had a place to go, but none of them were potential buyers.”

Even if a viral TikTok doesn’t contribute much to the business side of things, Gordon is happy to help creators make content at his business, though he highly doubts he would pay a creator to feature the Hollywood Sculpture Garden on their page. Lucy Wong, a New York City-based TikToker with over 35,000 followers, believes featuring these businesses will always be a mutually beneficial experience.

“If it helps a small business owner who’s been struggling, why would you not post about it?” Wong says. “You’re not going to gain anything and they’re just gonna lose.”

The family of an Edmonton-area senior is devastated after being hit with an unexpected bill in the wake of their mother’s death. The family...
Read more

Cyber Security Today, Dec. 5, 2022 – Another data-wiper has been found, the open source Fosshost service is closing, and more