‘They won’t forget this’: Mom concerned about children’s mental health after COVID-19 pandemic 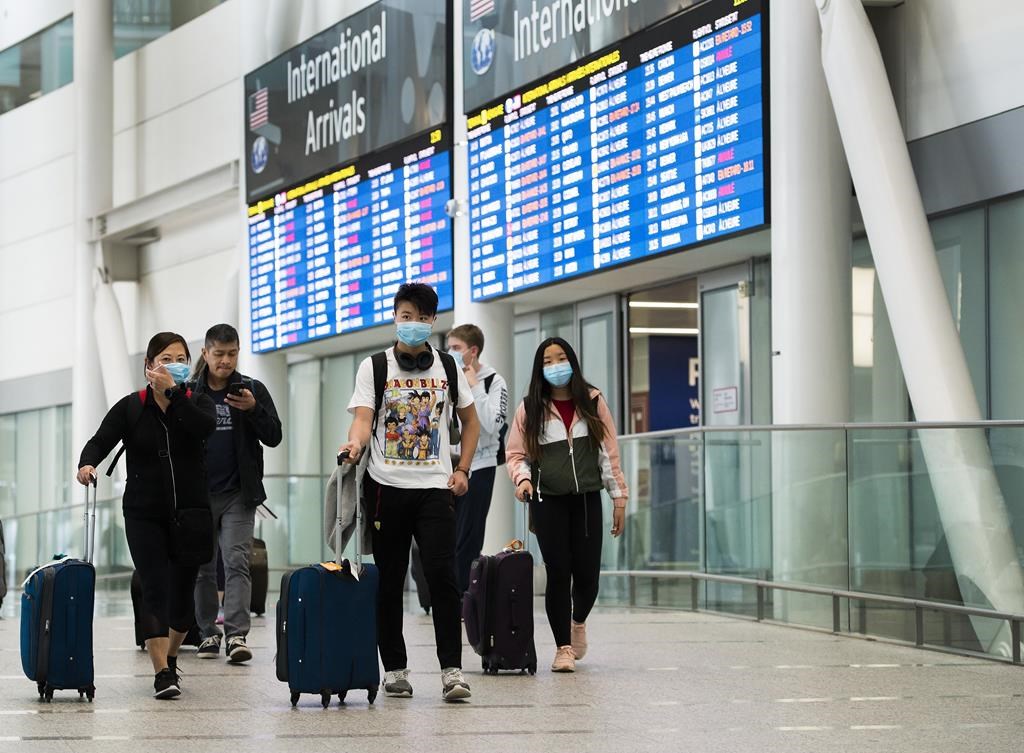 Trisha Blair’s one-year-old and five-year-old spend most of their time in the backyard.

There’s a blue kiddie pool with a small red slide on its side, a chalkboard with a stick figure sketched in white, and two empty children’s lawn chairs.

It’s where they’ve spent the majority of their time during the COVID-19 pandemic.

“My kids are not really interested in any kind of virtual playdates,” Blair said.

While she is happy her kids don’t want to be on an iPad or computer, she said it’s concerning that her children don’t have a social circle, especially since they don’t go to daycare.

Read more:
Looking after your kids’ mental health during COVID-19: Be present, be aware

She said she already sees differences in her one-year-old daughter that her five-year-old son didn’t portray, which Blair fears is due to her lack of socialization early in life.

“She plays mostly by herself,” Blair said. “She’s very friendly, but it’s not the same.”

Though day camps are open with a maximum of 20 kids and activities like dance classes are also back with limited capacity, Blair said it’s too late.

After months of restrictions, she thinks the impacts have already left their mark on children across the province and worries if some of them will be long term.

It’s a concern pediatrician Dr. Chris Hohl said won’t be known until years down the road.

“Younger kids that have grown up with everyone wearing masks and socialization and not visiting extended family and play groups — what sort of effects is that going to have on their developments?” Hohl said. “If they’ve gone through that at age one and two, what are they going to be like as three-, four- and five-year-olds?”

Hohl said the lasting effects will vary for each child and every age group, but thinks most kids will bounce back.

The doctor, who works at The Children’s Hospital of Winnipeg and owns his own clinic, said he’s seen a range of concerns walk through his door including eating disorders, children with suicidal ideations, anxiety, depression, trouble sleeping and difficulty focusing, among many other things.

“It’s so non-specific, but then it’s also really difficult to diagnose because it’s so non-specific,” the doctor said. “All of these things can be signs of some of the effects that kids are going through not just with COVID, but with the changes COVID’s had on our society and in our families.”

Not having gone through something like the COVID-19 pandemic before, Hohl said the concerns Blair and many other parents of his patients have are all valid and come with great questions, but limited answers.

When parents come to him with concerns their child is feeling the effects of the pandemic, Hohl said his suggestions largely depend on the patient’s age and how much they know about the pandemic.

“As the guidelines allow us to have more gatherings and activities start opening up, starting to reintegrate kids into that play and those activities is probably the best way forward,” Hohl said.

However, Hohl said there isn’t one great answer other than supporting their children and being mindful of their symptoms while trying to reassure them.

He adds being aware of your own emotions will also go a long way, making sure your own feelings of stress or anxiety aren’t transferred to your children in how you respond to their needs.

Some will take longer to recover than others, the doctor cautions, and that’s OK.

“Kids that do take a little more time to bounce back, I don’t think it’s a knock on them or a sign that they’re weaker or less off,” Hohl said.

For children who are struggling while things slowly return to normal in Manitoba, Hohl said play therapy and psychological help could be useful, but expecting your kid to return to the way they were, instantly, could induce more stress.

Blair is confident her children will OK, but said she fears for every child in the community who might not be able to get the help they need.

“Kids aren’t going to forget this,” Blair said as she wiped her eyes. “How they were treated, how they were forgotten.”