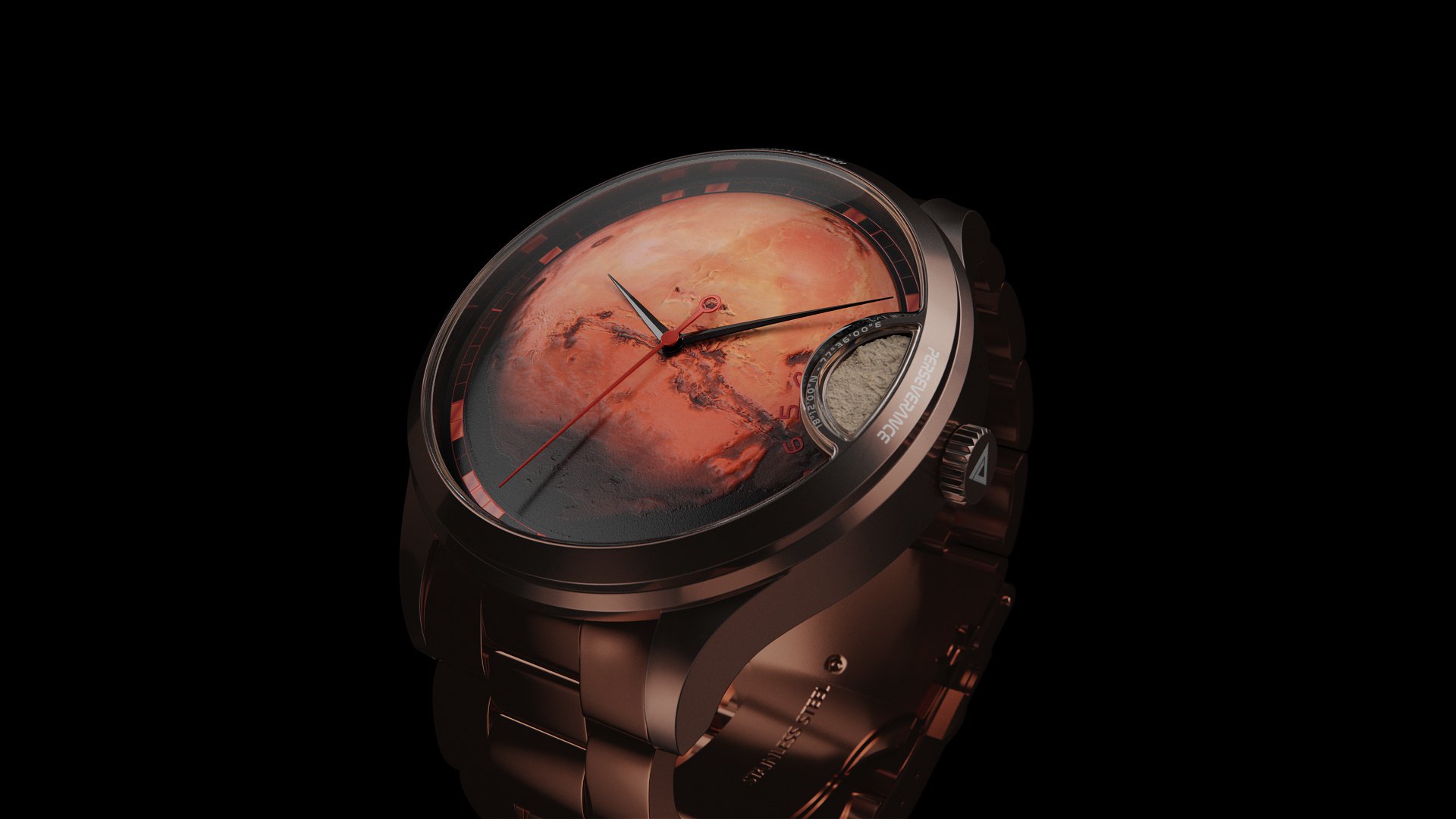 A company say their out-of-this-world watch is packed with real Mars dust – and they want to give Elon Musk one.

Created in honour of the space agency’s Perseverance Mars rover mission, the ‘NASA x INTERSTELLAR RED3.721’ comes with elements of a meteorite discovered in northwest Africa in 2021.

A Martian meteorite is a rock that formed on Mars, was ejected from the planet by an impact event, and travelled through interplanetary space before landing on Earth.

Sébastien Colen, the founder of Interstellar, explains: ‘The meteorites were not brought back to Earth by humans, but thanks to the law of physics.

‘We insist on the terms ‘meteorites’. That means that thousands of years ago, a collision happened on Mars that created a fragment that has been expulsed out of the gravitational field of Mars.

‘Some of these meteorites, after thousand of years of travelling through space, come and crash on Earth.’

Interstellar say they worked with a meteor expert to source the meteorite for the watches.

Sébastien explained: ‘Before buying these meteorites, they are named with an ID for traceability purpose, and then sent to the Lunar and Planetary institute for spectrometry analysis to confirm that meteorites, based on molecule composition, are from Mars.’

The ‘Mars Dust’ versions of the watches start at £450, with titanium option priced at £812. Watches that replace the dust with the Nasa logo are £360.

‘We would love Elon Musk to read about our project and gift him one of these watches,’ Sébastien added.

Although, given Musk is currently worth over £250 billion, he could probably afford to pay the asking price.

The software then tells you the chaos that will ensue if that apocalyptic event comes to pass (Picture: Asteroid Launcher)If you’ve ever wondered about...
Read more

The dire shortage of pediatric hospital beds plaguing the nation this fall is a byproduct of financial decisions made by hospitals over the past...
Read more