Tiny goldfish are growing gigantic after owners dump them in lakes 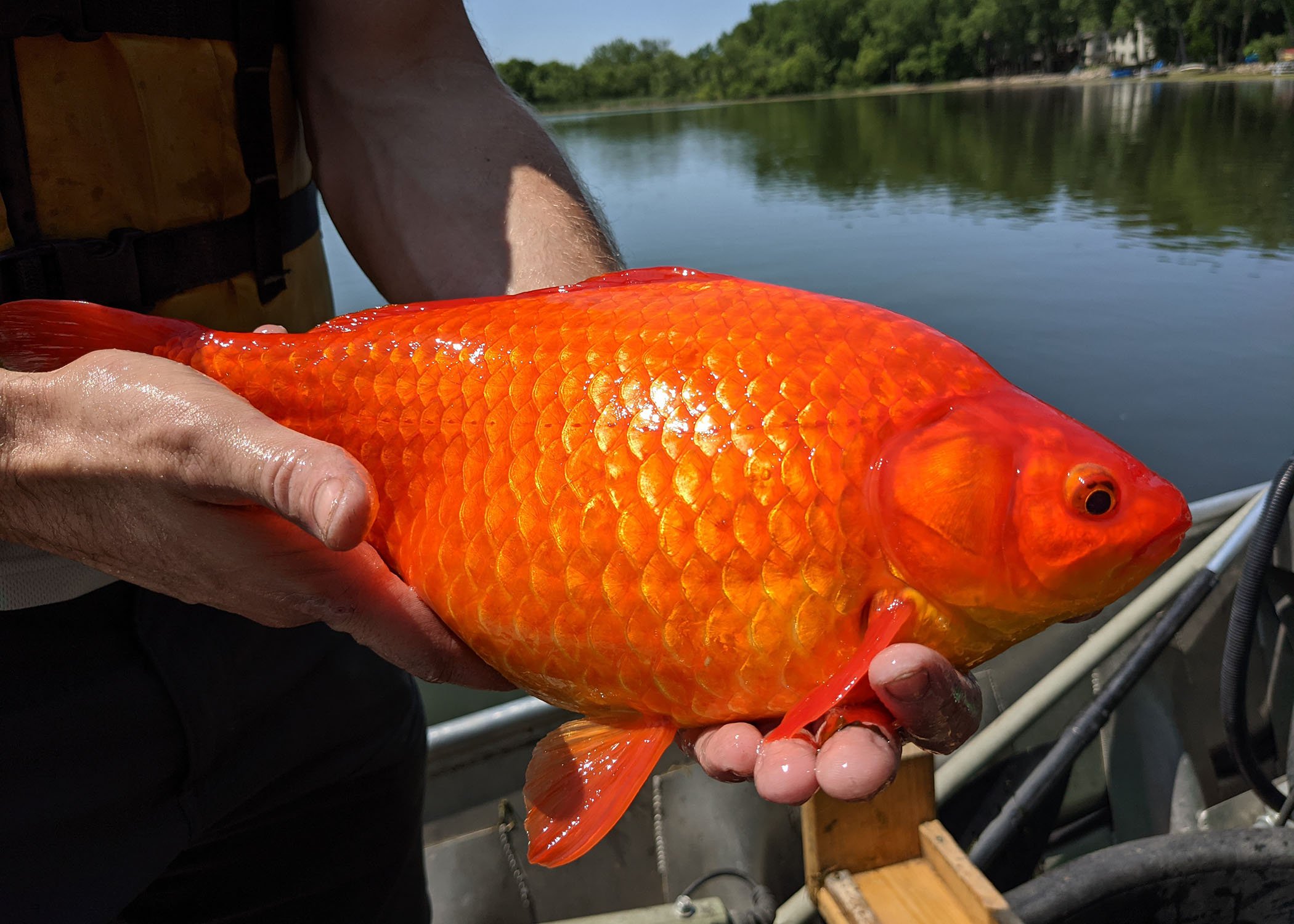 A city in the United States has urged its residents to stop dumping their pet goldfish into local lakes.

The reason, apparently, is the little swimmers grow to a ridiculous size and start interfering with the local habitat.

According to the city of Burnsville in Minnesota, these giant fish will uproot plants and disturb the sediment at the bottom of the lake.

Alongside three pictures of football-sized goldfish, the city’s official Twitter account urged pet owners not to dump their fish in the public ponds.

‘They grow bigger than you think and contribute to poor water quality by mucking up the bottom sediments and uprooting plants,’ reads the tweet.

Other Twitter users responded with pictures of equally-large goldfish that they’d also found in Keller Lake.

It seems that adding fish to public lakes on the sly is something of a common occurrence in Minnesota.

Back in January, the Minnesota Department of Natural Resources (DNR) put out a stern warning asking people not to do it.

‘A few goldfish might seem to some like a harmless addition to the local water body—but they’re not,’ the department wrote.

‘Goldfish are in the minnow family and can work their way through city stormwater ponds and into lakes and streams downstream with big impacts, by rapidly reproducing, surviving harsh winters, and feeding in and stirring up the bottom like their close relatives, the common carp.

‘Several years ago, someone plopped goldfish into a pond at Eagan’s Central Park and the population spun out of control, muddying the pond’s waters and harming native plants.

‘After two or three years of attempted goldfish removals and alum treatments, the fish remained, most of them 6 inches or less. Getting the orange invaders out took a lot of effort and expense.’

The officials make the point that alongside wrecking the habitat for native species, pets may sometimes introduce unknown pathogens or other elements to an ecosystem.

So, if you’re thinking of disposing of your own fish – don’t just chuck them in the nearest river. Instead, see if it’s possible to donate or pass them on to others or list them for sale.


MORE : Florida’s coral reef system could be lost forever due to climate change

How to run PugetBench for After Effects

Over the past few weeks, we’ve been showing you how you can run some of the benchmarks that we run in our laptop reviews...
Read more