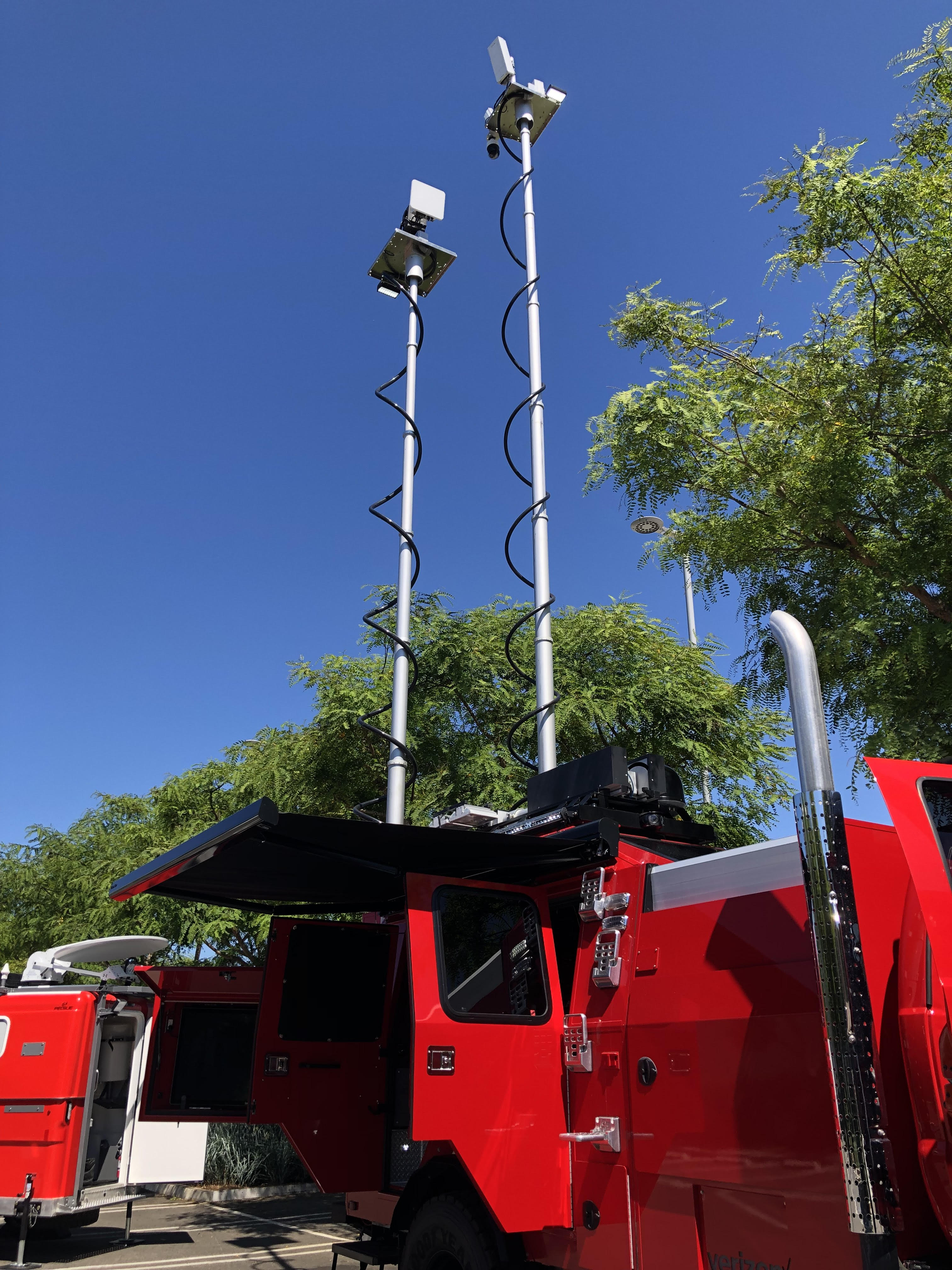 The increasingly intense heats bearing down feverishly across the globe are accelerating the number, scale, and complexity of disasters worldwide. Just in the past few weeks, we have seen record heat in the United States Pacific Northwest that has led to hundreds of deaths — with more heat on the way.

Heat waves, wildfires, hurricanes, typhoons and many other types of weather-related disasters create huge challenges for infrastructure providers like energy utilities and telecoms, who have to keep uptime as close to 100% as possible for their customers even in the midst of some of the most challenging environments humans have ever witnessed.

To that end, Verizon (which, as a reminder, is the ultimate parent company for TechCrunch for a few more weeks) announced today the first demo unit of what it dubs its THOR vehicle, for Tactical Humanitarian Operations Response. Designed on top of a Ford F650 pickup truck chassis, THOR is designed to provide highly-mobile and resilient connectivity to frontline responders and citizens through wireless technologies like 5G Ultra Wideband and satellite uplinks.

The company developed the prototype in partnership with the Department of Defense’s NavalX and the SoCal Tech Bridge, and unveiled the prototype last week at Marine Corps Air Station Miramar, just north of San Diego.

In addition to wireless connectivity, THOR can also potentially deploy a variety of drone capabilities. For instance, a vehicle could deploy a drone for search and rescue operations, or to help augment firefighters with intelligence on how a wildfire is developing over time.

As I discussed a few weeks ago in “When the Earth is gone, at least the internet will still be working,” telcos like Verizon, AT&T and T-Mobile are increasing spending on a variety of resiliency initiatives, ranging from the rapid staging of mobile wireless equipment to novel solutions like AT&T’s FirstNet One, a dirigible capable of flying near a disaster zone to offer wireless services.

DisasterTech as I have been dubbing it has been gaining more attention of late from investors and companies both big and small as governments, the private sector, insurers, and individuals have to confront and respond to the intensifying nature of storms globally.