Home New Release WBTC and others call for Portage Place mall to be converted into...
New Release 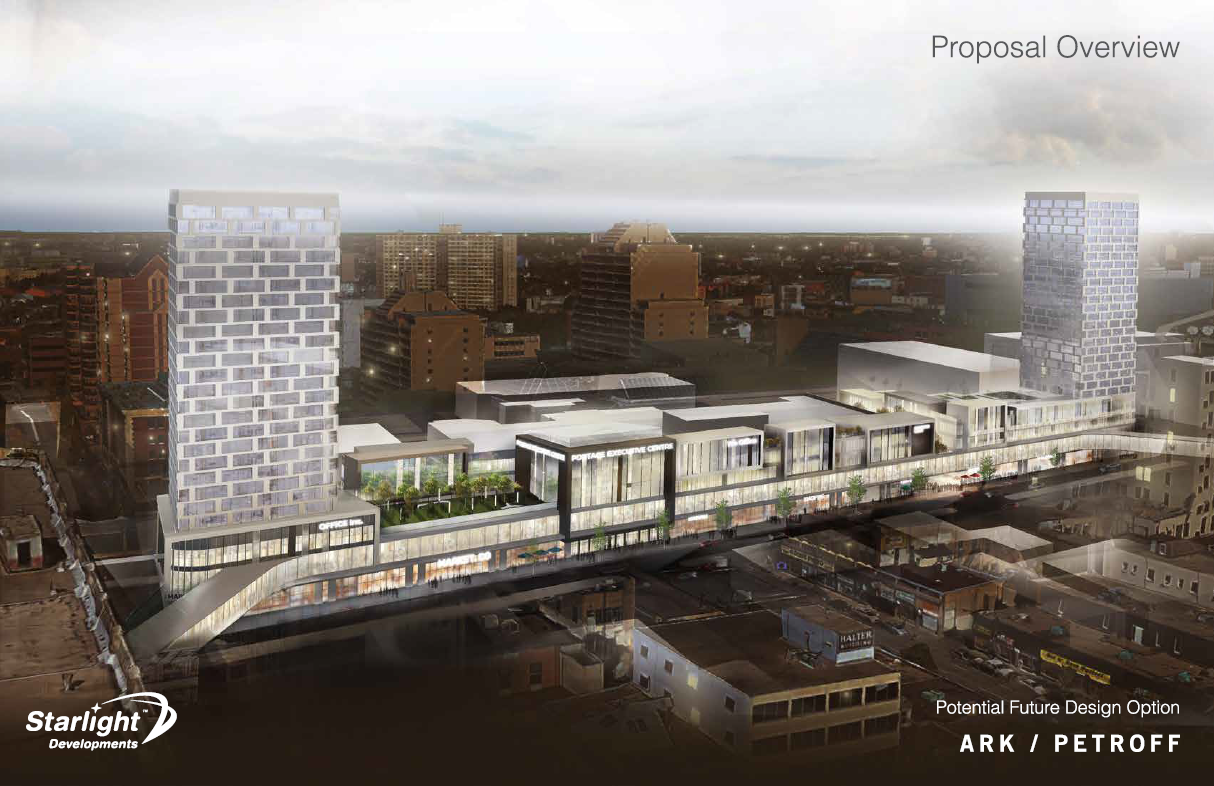 The West Broadway Tenants Committee (WBTC) along with several other organizations put forward a plan calling for Portage Place Mall to be converted into a community centre on Friday morning.

The plan came after Toronto developer Starlight pulled out of a deal to take over Portage Place last year, inspiring the group to advocate for community-based reform.

“Rent-geared-to-income, so that’s truly affordable housing downtown, free and non-profit gathering space — because Portage Place is already a gathering space for so many and should be acknowledged as such and funded as such — a real community safety plan that’s resource based rather than simply a security presence, and real Indigenous ownership.”

Josh Brandon of the Social Planning Council of Winnipeg says the previous Starlight deal revealed untapped funds that could be used to rework the property.

“Winnipeg is potentially leaving up to $30 million on the table from federal money because of the way the project was structured without community voices at the table. The National Housing Strategy does give priority to those projects and we need to make the best possible use of the funds available.”

Developer says they won’t proceed with Portage Place deal, asks for money back

“Currently $3 million a year comes out of Portage Place to help subsidize The Forks,” he says. “The Forks, it’s a great location. I went there with my family last weekend, it’s a thriving tourist hot spot, but this part of the city, north of Portage, also needs those resources.”

Andrée Forest of the Canadian Centre for Policy Alternatives says Portage Place was built on the premise of solving the community issues of the time and has yet to solve those issues.

“Forty years ago some of these same calls were made, the need for housing, for daycare, for social supports,” she says.

“While the mall has largely failed as a place for commerce, it has absolutely not failed in its presence as a central place for gathering.”

Rueben Garanga of the Social Planning Council of Winnipeg added the space could support newcomers to Manitoba.

“From April to August this year alone, we received over 40,000 Ukrainians who arrived in our city, and most of them remain here in Winnipeg. We also received newcomers from Afghanistan and other parts of the world. The point I want to make is that downtown is home to many newcomers, most of whom came from collective societies where meeting places are always a centre of their life.

“Therefore the mall here is a meeting place for many newcomers, as well as Indigenous people and others. If it has to be redeveloped, the need of the communities surrounding the mall have to be part of the redevelopment process and planning.”