Who is Satoshi Nakamoto? Investigating the mystery of Bitcoin’s founder 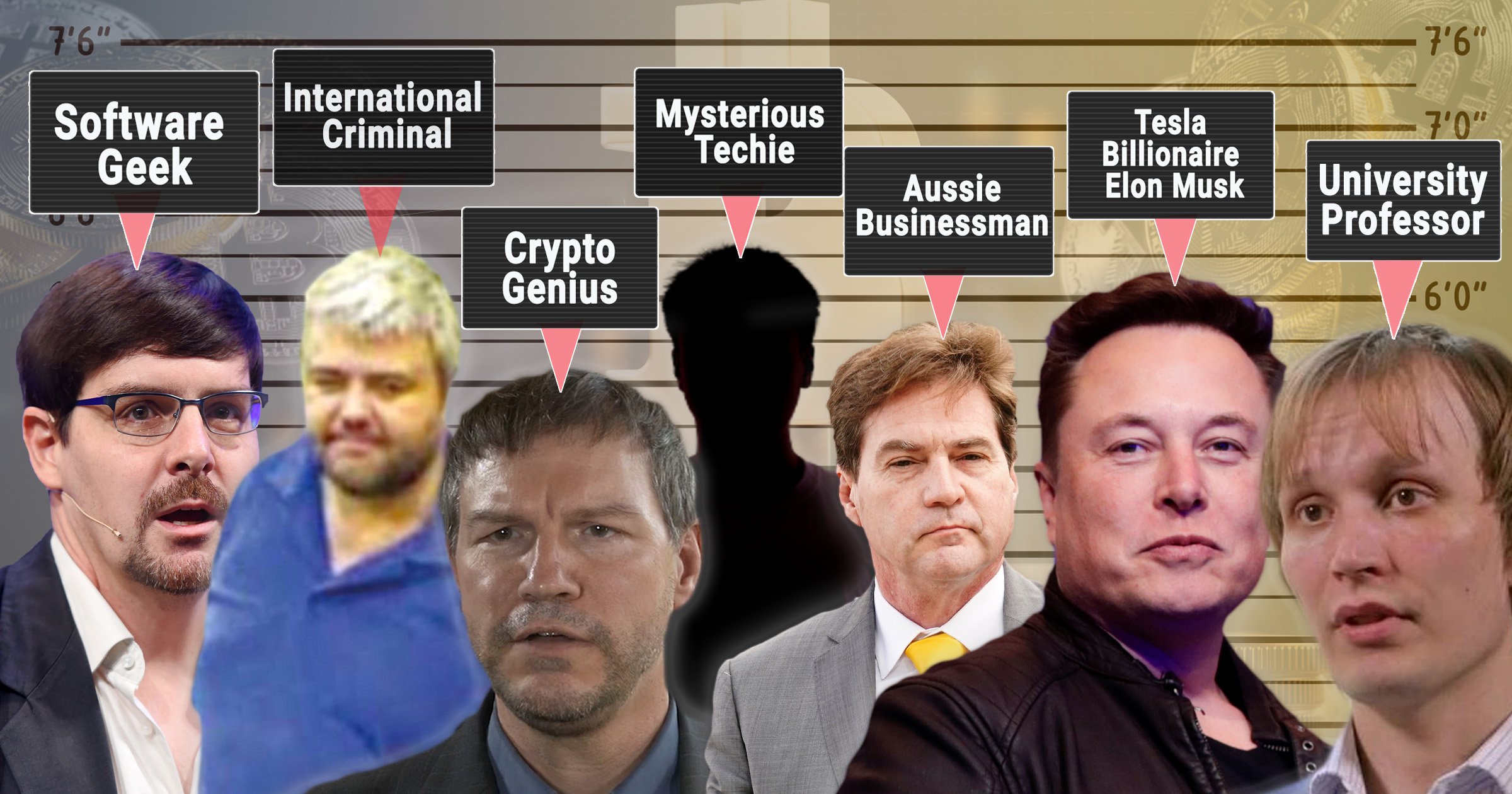 ‘Who invented Bitcoin?’ is probably one of the biggest mysteries of our time.

While cryptocurrency becomes more mainstream, the identity of the person who invented the coin that started it all remains unknown.

In 2008, someone called Satoshi Nakamoto published a nine-page white paper detailing a vision for Bitcoin — a ‘peer-to-peer electronic cash system’ that would function outside the reach of governments.

A few months later, Nakamoto released software that allowed users to mine for the cryptocurrency. Mining for cryptocurrencies is a computationally-intensive process by which new tokens are created and transactions of existing digital coins are verified.

In 2011, Nakamoto mysteriously exited the crypto scene after emailing a fellow developer to say that he had ‘moved on to other things’.

Before he left, Nakamoto is believed to have mined as many as 1.1 million bitcoin worth nearly £36,342.

The internet and online message boards are rife with speculation on the identity of the elusive Satoshi Nakamoto.

With the available evidence, crypto enthusiasts have narrowed down Nakamoto’s identity to the following people:

In a 2016 blog post, Wright had claimed that he was Satoshi Nakamoto but his claim had been disputed by the crypto community. This was because he hasn’t moved any of the early Bitcoin presumed to have been mined by Satoshi.

Last week, Wright won a £40 billion court case against the family of his late business partner, Dave Kleiman, allowing him to keep a cache of cryptocurrency worth billions of dollars.

Wright said that the legal ruling confirmed that he was the creator of the digital asset.

Game developer Hal Finney is another suspect, being an early adopter of Nakamoto’s proposal for Bitcoin.

In a 2013 blog post, Finney said he was fascinated by the idea of a decentralized online currency. When Nakamoto released the software for mining bitcoin, Finney offered to mine the first coins.

However, Finney denied the claims until his death in 2014. In one of his final posts on a Bitcoin forum, he said Satoshi Nakamoto’s true identity still remained a mystery to him. Finney has cryonically frozen his body in the hopes of seeing the future one day.

Some reports claim Nakamoto handed the reins to Bitcoin to the US developer and programmer Gavin Andresen in 2010. This led people to believe that he was Nakamoto’s alter ego.

Andresen founded the Bitcoin Foundation in 2012 to support the development of the currency.

In 2016, The American Andresen officially stepped away from the cryptocurrency space. Andresen had publicly stated that he thought Craig Wright was the creator of Bitcoin.

A Finnish academic Vili was one of the first to be put forward as a possible Nakamoto in 2011.

The New Yorker named the Oxford University research fellow as the inventor of Bitcoin. However, Lehdonvirta denied the claim and said that he was against the anonymous currency.

One of the more notorious candidates for Nakamoto’s identity is Paul Le Roux, a former cartel boss, DEA informant, and software programmer who is currently in jail for various crimes.

He was arrested in 2012, shortly after Satoshi Nakamoto left the crypto space in December 2010. A leaked picture of Le Roux’s Congo Republic ID card on 4chan showed that Le Roux called himself ‘Paul Solotshi Calder Le Roux’ leading to the speculation.

Cryptocurrency expert Nick Szabo was a key figure in the development of Bitcoin and is known for creating his own cryptocurrency, ‘bit gold’ in 1998.

In 2014, a team of linguistic researchers studied Nakamoto’s writings alongside those of thirteen potential Bitcoin creators. The results ultimately pointed to Szabo due to ‘the number of linguistic similarities’ between his writings and the Bitcoin whitepaper.

The New York Times also claimed Szabo could be the creator of Bitcoin but he has denied all claims in a tweet saying, ‘Not Satoshi, but thank you.’

In 2017, a former Space X intern Sahil Gupta wrote a blog post stating that Musk could be Nakamoto.

Musk denied this in a tweet but continues to be a significant influencer in the cryptocurrency space. Crypto markets fluctuate based on Musk’s tweets and there’s even a cryptocurrency named after his dog, Floki.

Whoever the creator of Bitcoin is, they could prove it by moving a fraction of the cache of Bitcoin allegedly held by Nakamoto or even by using the private key that controls his account.

Social Security Cheat Sheet 2022: Here’s What You Need to Know About Your Benefits – CNET

For the roughly 66 million Americans who receive Social Security benefits, the end of 2022 offers them an 8.7% cost of living adjustment on their 2023 checks....
Read more

Google Pixel Fold: here’s everything we know so far

Audio player loading… We've been hearing rumors of a Google Pixel Fold for years now, and it finally seems like the phone might be...
Read more