Why are green meteors raining down on New Zealand? 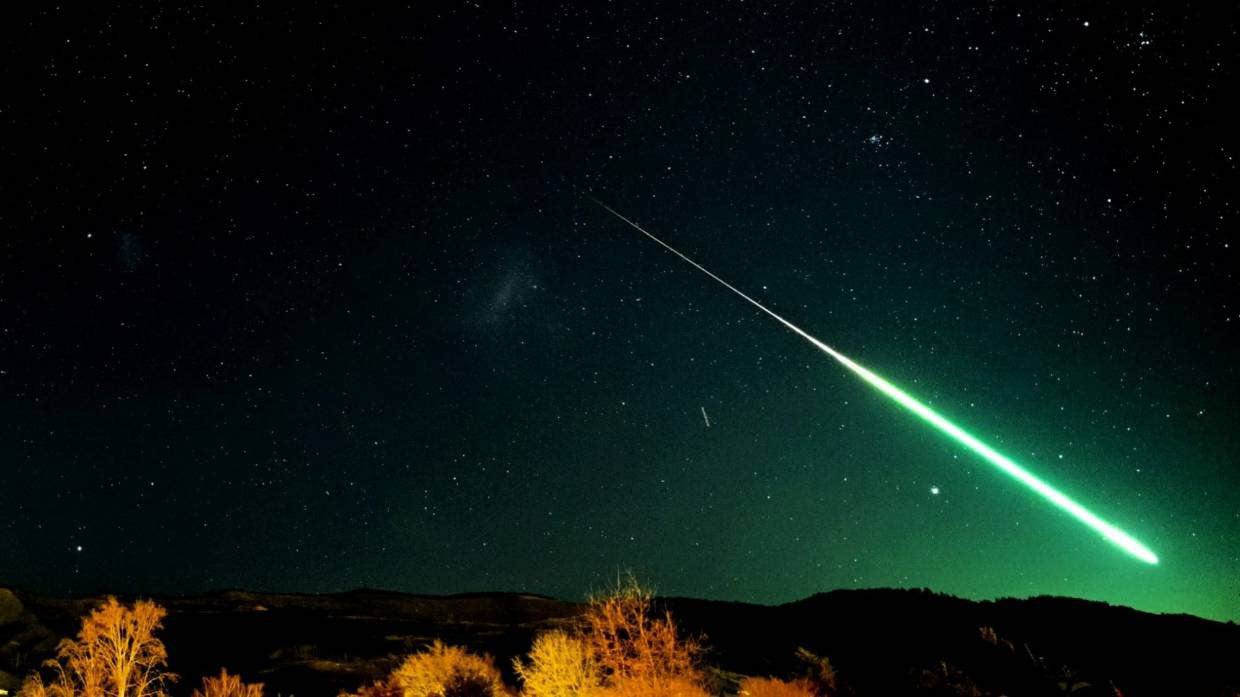 Goodness, gracious. Green balls of fire are raining down over New Zealand.

Well, one glowing green meteor has blasted through the sky at least. And its the second major meteor to be sighted over the country in just a couple of weeks.

On July 7, a space rock exploded near the capital city of Wellington, causing a sonic boom that was heard across the country’s North Island. This orange fireball exploded during the day, after lunch time.

Just 14 days later, a second significant meteor flew through the sky, causing another sonic boom — this time heard in the South Island — and an incredible glowing green tail.

The most recent meteor’s glow will have been caused by the chemicals it contained. The tiny chunk of asteroid is likely to have been made up of iron and nickel, which release a green glow at high temperatures.

When a meteor flies at speed through Earth’s atmosphere, it gets incredibly hot, causing it to glow vividly.

Green meteor tails can also be caused by an effect similar to that which creates auroras, Baggaley explained in The Conversation, but this only happens when they’re travelling at very high speeds.

According to Radio NZ, it’s been 23 years since the country’s last notable meteor. But far more — maybe as many as 20 a year — do make their way over kiwi skies.

Tantalisingly, a few of these space rocks are recoverable.

Academics at the University of Canterbury and Otago University, alongside local citizen scientists, have launched a meteor spotting network called Fireballs Aotearoa.

As well as recording the sky with dozens of cameras, the organisation appeals to local residents for information on sightings and any images they may have captured.

The group want to track meteors as they fall in the hopes of collecting fragments that have landed on the ground.

The ancient rocks are incredibly valuable to researchers as they hold secrets about the history of the universe.


MORE : Massive fireball meteor lights up US Midwest like lightning

FTX’s Sam Bankman-Fried ‘willing to testify’ to Congress next weekFounder and former CEO says he could talk about what he thinks led to crash...
Read more